Folklore ensemble “Kambarkan” is one of the oldest collective in republic. It has been created in 1988. In structure of ensemble young, but professional musicians who were united with huge love to national tools and the Kirghiz folk music. 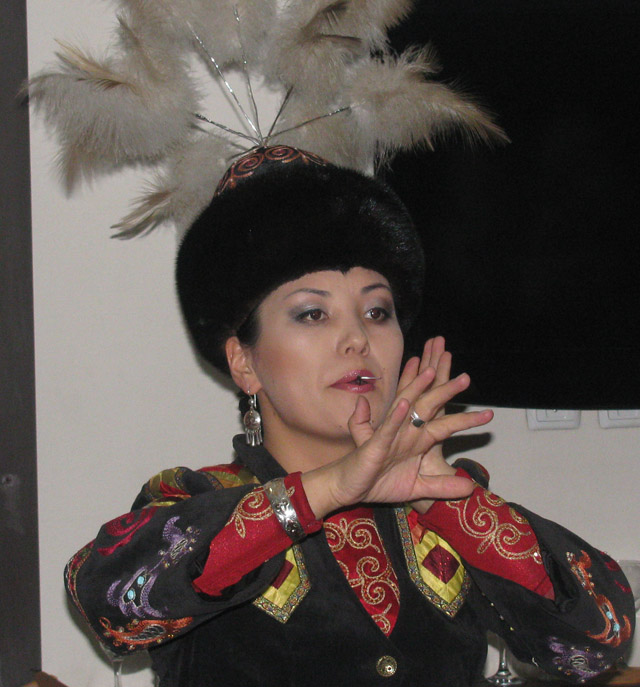 The basis of repertoire of ensemble is made with products of such outstanding national composers like: Toktogul, Niyazaly, Murataly, Atay, Ybrai, Karamoldo. The repertoire of ensemble amazes listener with various processing and transpositions of national songs, melodies and folk tunes, fragments from the epos “Manas”, ceremonial and genre dances.

The ensemble “Kambarkan” was the winner of the international festivals of folklore collectives Almaty city in 1989, in Baku city in year 1990. Three times in 1991, 1992 and 1994 this music collective represented as the Kirghiz art in such world points like: Turkey, England, France, and USA. In year 1995 the ensemble was invited by
Japanese firm “Min-On” to Japan for the time period of 45 days, for participation on the international folklore festival devoted to “The Great Silk Way”. Concerts of “Kambarkan” passed with a tremendous success and the “Kambarkan” has received the repeated invitation for the period of 2.5 months soon.

Today the ensemble “Kambarkan” became one of the most popular collectives presenting unique national folklore to citizens and guests of our country.