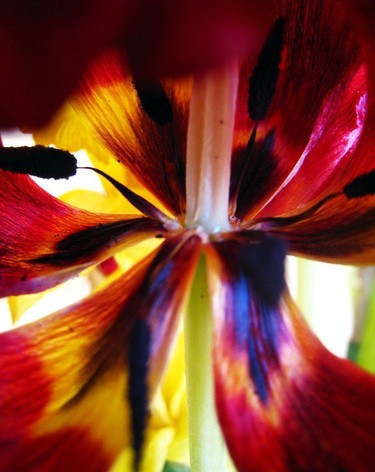 There was no single way of the Great Silk Route — rather there were a number of different routes used by ancient traders. Some of the main road parts ran through Kyrgyzstan, both in the North (coming over the mountains from China and down from the land that Kazakhstan passed Issyk-Kul lake and then down to the Chui river), but another way ran via the Torugart Pass (Tuergate, Torugart) to the CentralKyrgyzstanthrough Naryn and down the Chui river, while a third (southern) way came over the Irkeshtam Pass in the South (through the Osh city, which celebrates its 3000th, year in the year 2000). 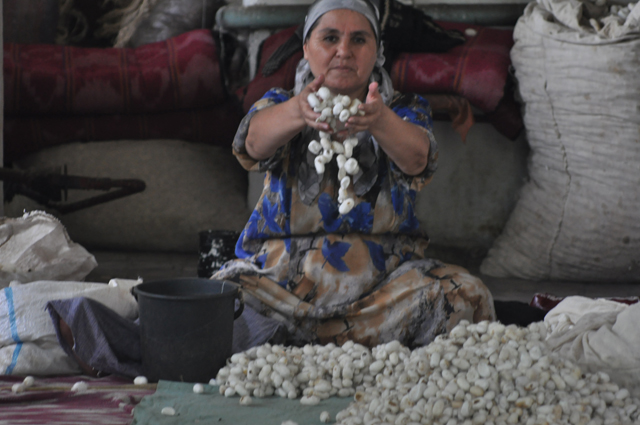 A spur of the southern route ran through the middle of the country to joint with the middle route over Torugart Pass. Once in Kyrgyzstan, one route ran down the Chui River and then over the present day pass to Kazakhstan (which is today called «Zhibek Zholu» or Silk Road) and in the South ran from Osh through Uzbekistan and then westwards. No country in central Asia other perhaps than China has a better claim to represent the best part of the Great Silk Routes.

These ancient trading routes which operated 2000 and more years ago, reaching peak using during thesecond century AD, are called ««Silk» because they transported generally high value non-bulky commodities such as spices, jewellery, opposite direction from Italy to China. But most traders would travel along a short part of the route,handing on their goods to the next trader in the next large town, and by such means goods swapped 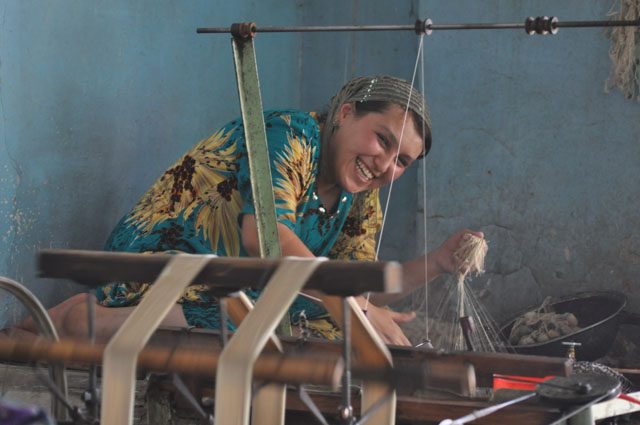 hands and increased in price many 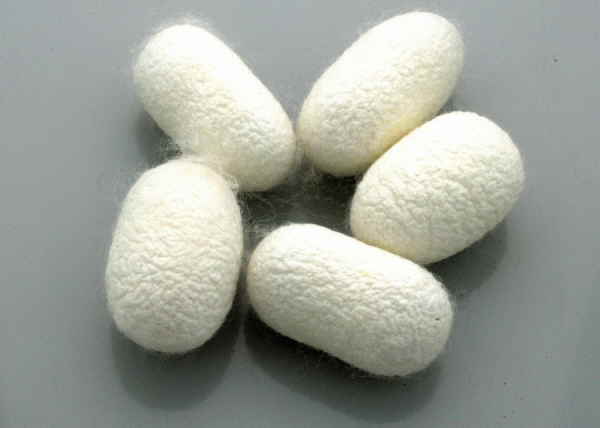 times before arriving at their ultimate destination.

Some ways of the Great Silk Route gone through China via Taklamakan desert, one of these ways running to the north and oneto the south of this desert. There was also more northern route towards the Altai Mountains. The different routes were used partly depending on climate and also partly on incursions from local tribes. Certainly one of the southern Taklamakan routes went through Yokand (Yarkand, Yarche, Schache) and then through Kashgar (Kashi or Kashi Shi) and these can easily be visited today from Kyrgyzstan. Some other routes also probably went down to the land that is now the Karakoram Highway past Karakul lake and via Taskhkurgan and then either through the huge and dramatic cleft in the mountain range where the Mintaka riverlinks China and Afghanistan or possibly over the 4730 meter Khunjerab Pass into the Indian subcontinent (nowadays that lands belong to Pakistan’s Northern Territory). Tash-Kurgan is thought by many to be the «Stone Tower» which was described by Plinythe Elder and today there is visible a large ruined site there (the «Stone City») which dominates above the lower valley. 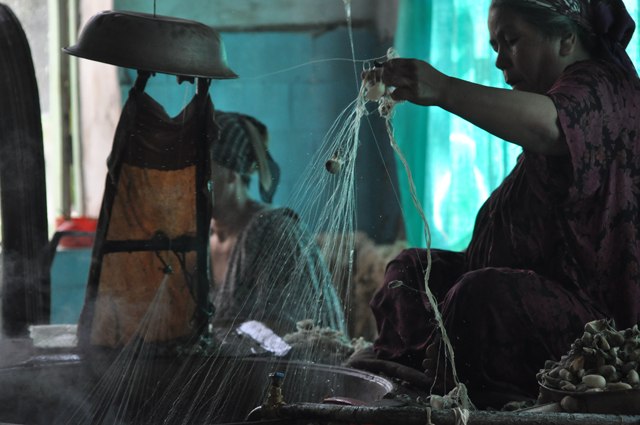 The heyday of the Silk Routes was in the period 1800years ago, and its use for the transport of rare items between China and the West tended to decline when sea routes later opened up or became more popular (having earlier been bedeviled by piracy). Nevertheless, although the whole Silk Routes from China to Rome may not have been used continuously as a transcontinental route and parts of it fell from time to time into disuse, other parts remained open continuously, even if used for more local trading. 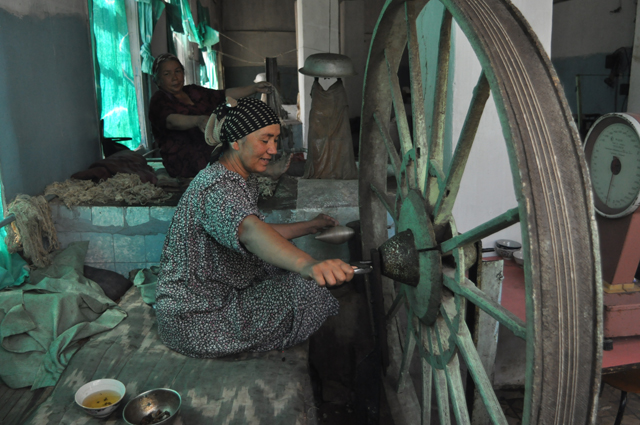 The main threat to the routes were the northern barbarians (Huns, Hsiung-nu and others) who put pressure both on the Chinese — especially in the Tarim basin area where to the south the warlike Tibetans were also a threat — and later, even on Rome itself. But particularly with more bulky cargoes, the sea routes (for example, through the Red Sea and then the Mediterranean, or through the Persian

Gulf, and then overland throughPersia/Arabia) proved to be a more economical and reliable route — after the suppression of piracy — and this led to a decline in use of the land routes. But because there is not one road but many routes, and trading never ceased along at least parts of them, it is impossible to say that the Silk Road ever ceased to be used. 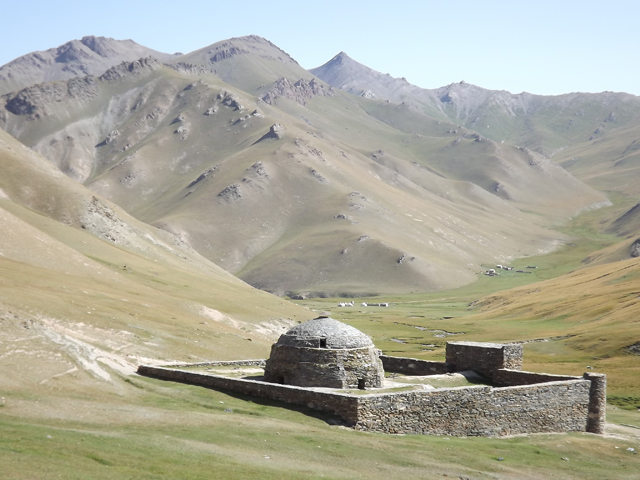 One of the most unique monuments of Great Silk Route in Central Asia is Tash-Rabat. It located in the picturesqueof Tash-Rabat canyon not far from Kyrgyzstan – China border. Tash-Rabat means “stone strong-hold”, “fortress” and this construction completely corresponds to its name. In our time, it is the only erection in Central Asia 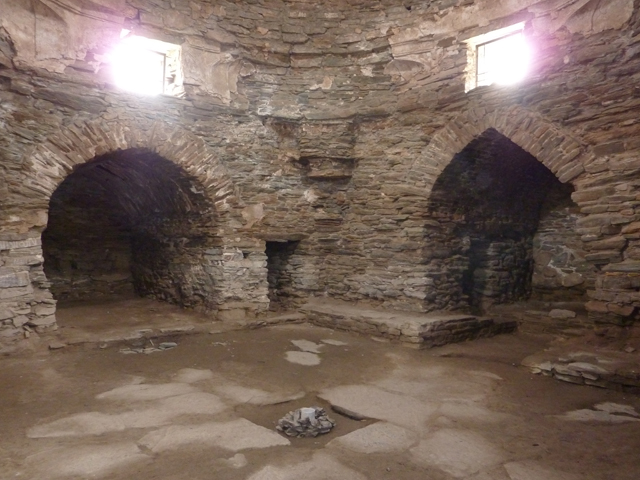 that is entirely built of cut schist stone. In the construction ofTash-Rabat, there had been a titanic work. It is the truth that the weight of majority of stones of laying (masonry) amounted to 50 kg and even blocks of about 100 kg. According legends about Tash-Rabat place there was an underground passage here. It led to the caver situated 2 km. of Tash-Rabat. Tash-Rabat was not a caravansary as the people thought till now following to the world examples of the scientist of XIX century. But its true purpose is still unknown till nowadays. We may just suppose that it was a strong point for short-term stands of small armed units of courier liaison between the capitals of the state of Karakhanids — Kashgar, Balasagun and Uzgen of X-XII centuries.